This continues my series of the Finnish news apps I started in my blog last November. The results are coming in.

MTV Uutiset published their universal news app for Windows 10 almost two weeks ago. The news app was already published for Windows Phone 8.1 and it was my favorite news app.

In my blog post I missed the app in Windows 10 as PC version. The universal app came out already for Windows 10 mobile, but the PC version had some technical difficulties to be published since December of last year. Problems were solved and now we can enjoy the PC version as well. Thanks to Annika Brander from MTV who kept me updated on the situation. You did great! 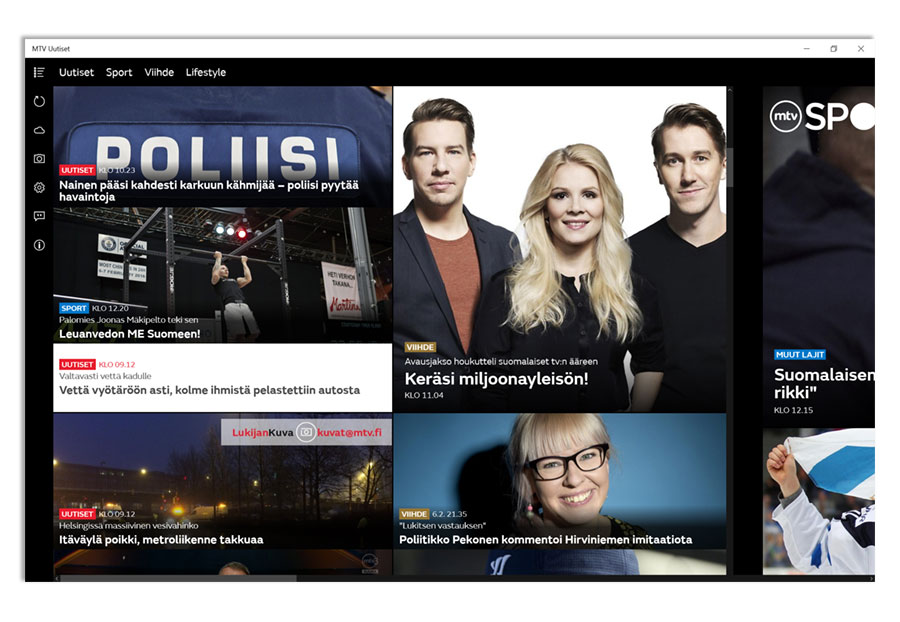 I like the big images with the clear headlines, this was the one big thing why I liked the mobile version so much. It is easy to gasp the news that interest you. The sections are clearly categorized – Uutiset, Sport, Viihde, Lifestyle – and there are not too many of those, which is good and if you like from the left menu you can dig deeper into the categories.

When you click into the news item itself, the text is clear and easy to read as it uses the space on the screen. With one click (the cloud icon in the left menu) you can see the weather on your area. 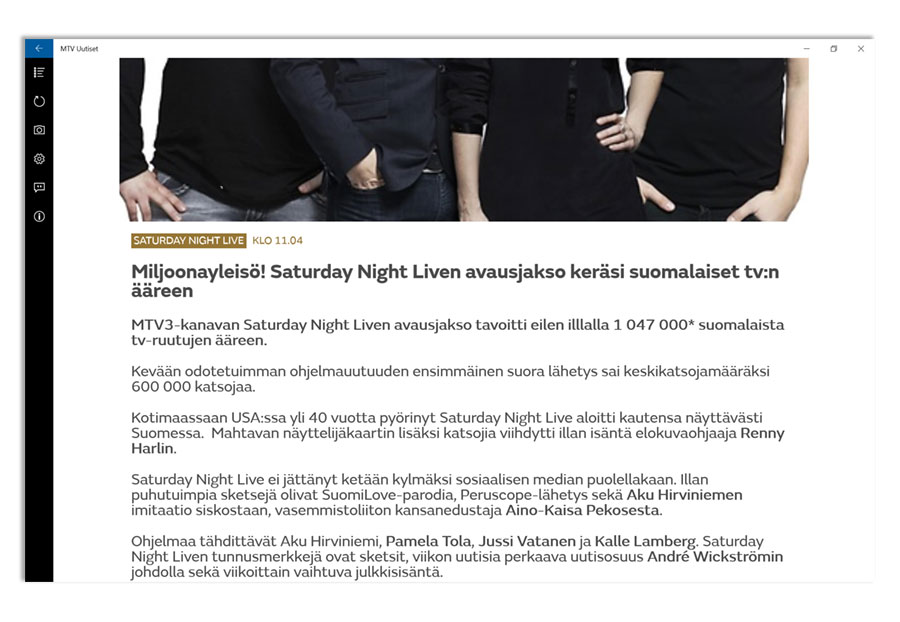 Screenshot from the news item

In settings you have two yes or no options:

Clean and simple, as it should be.

NO ADS. The apps have no annoying ads and that is great. 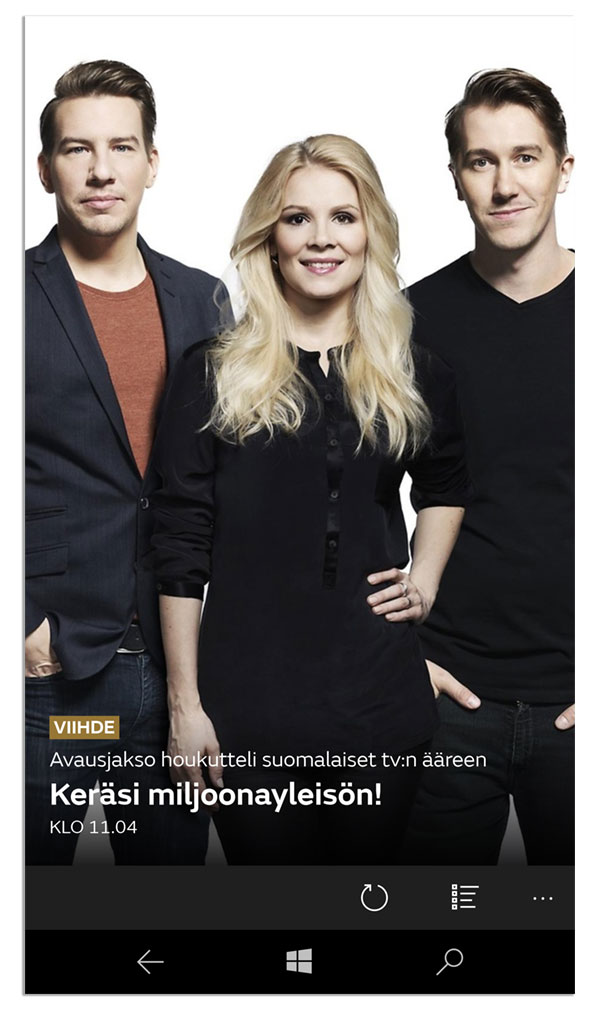 What I am missing is that I could share the news from within the app to various social media sites. Also I would like that the videos would open in the app itself and not opening the browser. They both are not a big thing, but would ease up the user experience. Hopefully these improvements are coming in some future updates.

The universal app has already been updated at least once and the MTV mobile team is reading the feedbacks people are suggesting. You can find the link to the feedback website from the left menu (the discussion icon), so make your suggestions how to improve the app.

Overall the app is nice from design. I like the dark background of the app. It is for sure my favorite news app on both mobile and PC.